I can't believe it.... after I hit 'publish' for my last entry I noticed it was my 99th post meaning I was just about to hit the 100 mark without even noticing - life must be busy!! 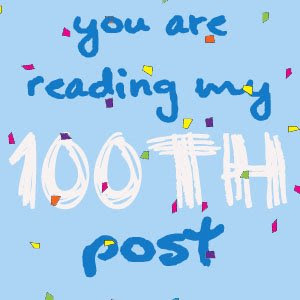 So I had to sit and think... what would I write about for my milestone post?? would it be deep and meaningful?? would it have anything to do with handmade items?? or if it would even matter at all what I chose to write about for my 100th blog post?? which is when I had my light bulb moment......
I would share with you all a bunch of silly facts with 100 in them somewhere - so sit back, get comfy, relax and enjoy these facts that will probably do nothing at all but give you an excuse to stop whatever it was you were thinking about or doing while you read through them.... 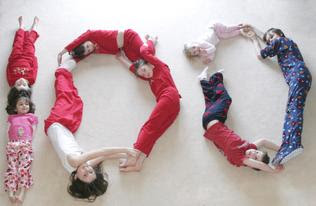 Now aren't you glad you popped into this blog and saw all these?? LOL!! Do you know any useless facts like these with 100 in them somewhere that you can share??? leave me a comment and I be sure to read them all as you have sat through mine.... Have a great day and be sure to pop back for my 101st post....

Love it...so much better than if it was sappy....I love your blog...and congrats on your 100th...and am happy to know when I say..be there in a jiffy...it really does mean something...

Okay this I never would have thought in a 100 million years......On average, 100 people choke to death on ballpoint pens every year.

Thanks for the interesting facts.

I love the children making the number 100! Congrats on your 100th post!
Amy
http://newenglandquilter.blogspot.com

Wow!! 100 post! Quite a milestone. I have enjoyed so much reading your blog for the last couple of months...Bless you and....keep em comin'!