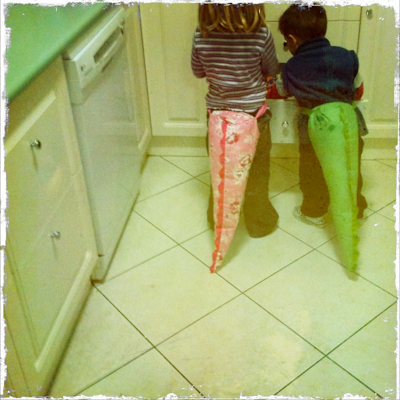 After stumbling upon THIS sewing tutorial for Dragon Tails I knew I just had to give them a go! So I dug through my fabric stash, ordered some bits from The Habby Godess and Ribbons Galore then while my little dragons slept I got to cutting, sewing and stuffing. I was amazed at how simple these were to put together, and I found the step by step instructions in the tutorial perfect to understand. 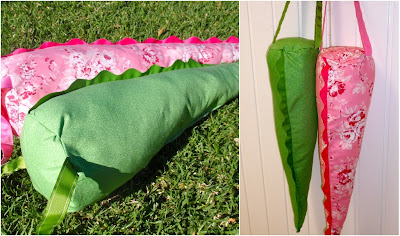 I must admit I did cheat a little and used large ric rac from Ribbons Galore as the spikes on the tail and the straps that go around the waist are made with gingham ribbon, not fabric as in the tutorial, which was just me being lazy but I think they turned out pretty good. 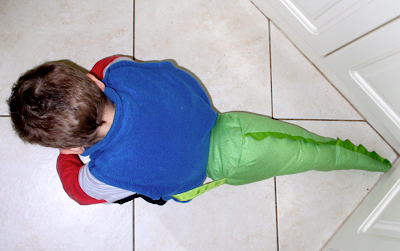 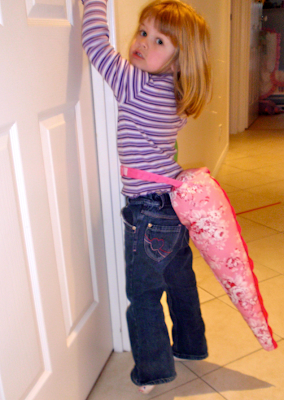 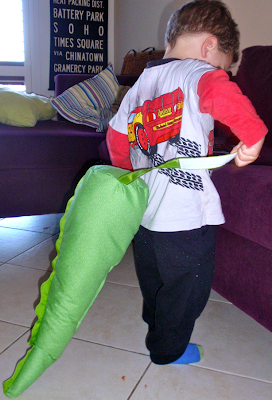 The kids woke from their snooze to a new addition to their dress up box and played in the tails all afternoon! I'll take that as a successful sewing session :)

I think the use of Ric Rac is a great idea Amy! Your little dragons are adorable.